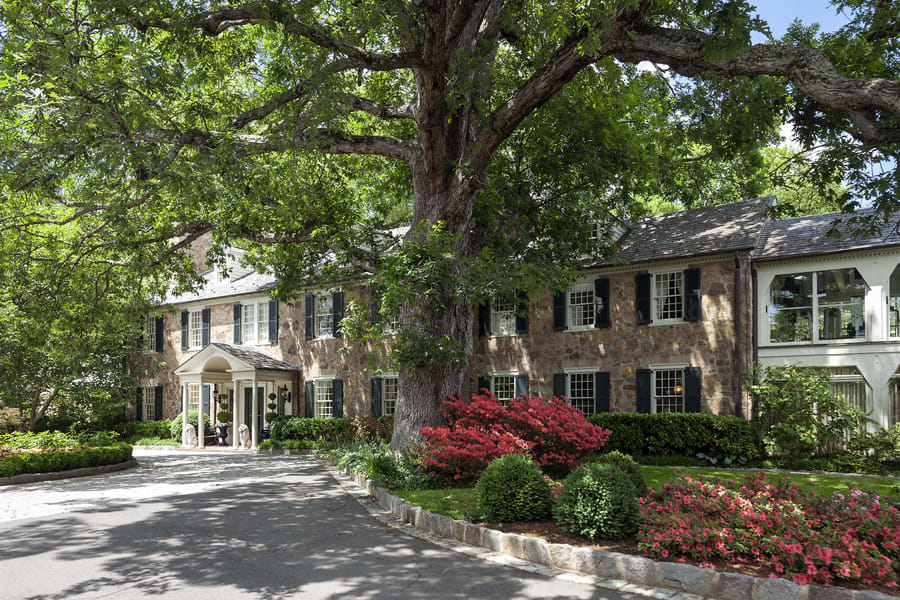 The Washington Post recently spotlighted the 10 most expensive home sales of 2013. The McFadden Group appeared twice in the top 10. “People feel more confident in the value of real estate,” said Dana Landry, principal broker of Washington Fine Properties, whose firm represented eight homes on the top 10 list. “That’s the big shift. . . . Every time we sell another house, it builds confidence for the next person to buy a house. Buyers don’t want to be foolish. But if they feel that other people are doing it, then it builds confidence. I would say there’s confidence in the Washington, D.C., market.”    View Washington Post Article >>﻿

2. 1288 Ballantrae Farm Dr., McLean $9.3 million (original list price $11.5 million)Bedrooms/bathrooms: five/sixApproximate square footage: 8,000Lot size: 6.5 acresListing agent: Mark McFadden, Washington Fine Properties
Built in 1925, this colonial revival stone house was the former home of Joe Robert, who died in 2011. The real estate investor and founder of Fight Night lived in the home for 20 years. In addition to the main house, there is a four-bedroom guesthouse and three-bedroom historic farmhouse on the estate. The grounds include a swimming pool, stacked stone tennis court, koi pond, and stone patios. (Read the Reliable Source story on the home here.)

Built in 1875, this Victorian home is on a private corner lot in Georgetown’s East Village. It has an elevator, two-bedroom staff apartment, a large walled garden with terraces, a swimming pool and parking for six cars.