Which Washington, D.C. Neighborhood is Right for You? 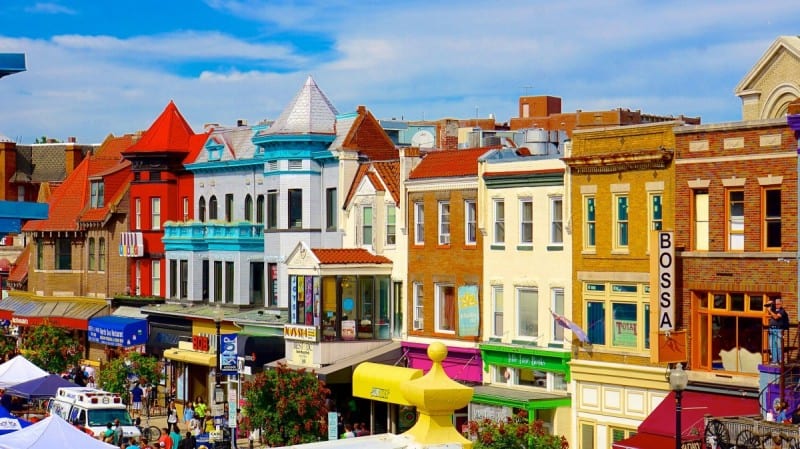 More than its namesake, the cities and neighborhoods of the Washington, D.C. metro area offer a number of dynamic locations to call home

Washington, D.C. is a world-class city for many reasons: politics, a major hub for business, monuments to history, celebrated museums, and a commitment to the arts.

Often missing in the accolades from non-residents is something locals have known for a long time—Washington D.C., its neighborhoods, and surrounding communities are a great place to live.

Whether you’re moving from within the D.C. area or relocating from somewhere further out, the following list proves there’s a little something for everyone who wants to live in or near the nation’s capital.

Who should call it home: A genuinely eclectic place, Adams Morgan was cobbled together from a handful of smaller communities dating back to the late 19th century. Named for two previously segregated elementary schools, the neighborhood wears its diversity proudly with a staunch, activist vibe and artistic, freethinking culture permeating the neighborhood. For good measure, the dining and nightlife scene is varied and frenetic.

Similar Neighborhoods: Nothing else like it in D.C. East Village in New York is the closest you’ll find.

Who should call it home: While famous names—JFK, Julia Child, Henry Kissinger, among many others—have graced Georgetown’s mature, historic environs (many still do), the roster of well-known residents belies the neighborhood’s true nature. Anchored by Georgetown University and featuring a wealth of upscale shopping, dining, and art galleries, the neighborhood is fit for students, families, and empty-nesters alike. Given its student population, there are deals to be found in the real estate market. But if you want a larger, more historic home, expect to pay a premium for it.

Who should call it home: If you want history and a highly walkable neighborhood with an abundance of parks, restaurants, and shops, the cobblestone streets of Old Town Alexandria are calling you home. Though a bit on the touristy side, there is a palpable energy in Old Town and an excellent mix of housing—from new, luxury construction to historic row houses.

Who should call it home: Tucked in the heart of Alexandria, Rosemont is for those that want a suburban lifestyle without actually living in suburbia. Young families, professionals, and those looking towards retirement flock here to get away from the constant pull of D.C., yet remain close to its orbit. Renovated homes are pricey, but the value comes from the shopping and dining reachable by foot and the short commute to the busier parts of Northern Virginia and Washington, D.C.

Who should call it home: If you want a genuine live-work-play lifestyle, the community of Rosslyn along the shores of the Potomac in eastern Arlington is an outstanding candidate. The urban neighborhood boasts an active community social calendar, a considerable amount of green space, and an exceptional dining and bar scene. The location is also ideal, with the most significant points of interest in both D.C. and Northern Virginia less than five miles from Rosslyn. As for work, Accenture, Deloitte, and Raytheon all have offices here. Food giant Nestle has its North American headquarters in Rosslyn as well.